Danny Lewis of smithsonian.com wrote that the Yutu Rover has discovered a type of basalt unlike anything else ever found on the moon.

“After two years on the moon, a Chinese lunar rover named “Yutu,” has uncovered a new type of moon rock on a long-dead lava flow. According to a new study published in the journal Nature Communications, the unique composition of the recently discovered rocks is revealing new insights into the moon’s origins.” 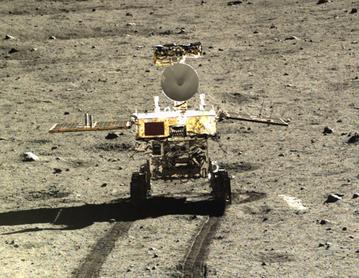